My children’s experience of my MS by Maggie Green

To say my children are my life is an understatement; they mean the world to me and when I first received my MS diagnosis my thoughts turned to them immediately. They were 6 and 4 and a half at the time and they had boundless energy.  I worried that I wasn’t going to be able to keep up with them and that maybe I wouldn’t be able to look after them the way I wanted to. My mind immediately began to come up with worst case scenarios and I remember crying myself to sleep that night thinking about all they were going to miss out on because of me. My guilt was immense. In my shock and upset at the diagnosis I had catastrophised everything and it took me some time to realise that our world had not ended, it had simply changed. 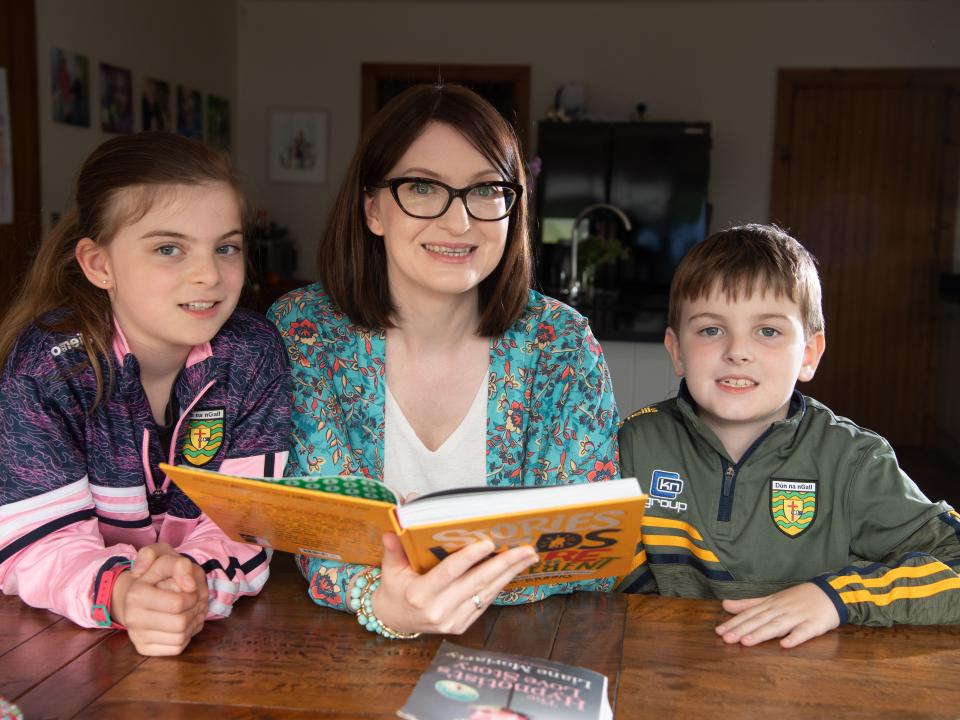 When I was diagnosed, I didn’t know very much about MS and I worried that I wouldn’t be able to be the mother I wanted to be. Over time as I came to terms with my diagnosis I began to learn more about MS through MS Ireland, reading and speaking with my neurologist, and I became less frightened about the impact my chronic illness would have on my children. I learned how to balance my energy out so that I could give them the best of what I had so that they didn’t miss out.

After I had accepted my diagnosis, I decided to let my children know that I had MS. A few people advised me not to tell them and to wait until they were older, but at the time I was experiencing the worst of my symptoms and my children had noticed that something was wrong and were beginning to worry. Abigail, my eldest child was asking why it was hard for me to walk sometimes and why I was so tired all the time. Conor asked why I was sick and why I had to go to a doctor in Dublin, so I decided to tell them the truth. I explained in very simple terms that I had an illness called MS and that it made my back and neck sore sometimes and it made me tired.

The children reacted with questions, Abigail asked if the doctor could give me medicine to make me better and I explained that there wasn’t a cure yet but the doctor could give me medicine to help me stay well. Conor asked me if the doctor would give me the yummy yellow medicine that he got when he had a chest infection and I told him it wasn’t as nice as that unfortunately and he giggled and then they went on with their day. They asked more questions over time and as they grew older their question became more focused, but it has never been a source of worry or concern for them because they know I’ll always answer whatever they ask, and I’ll be honest with them.

Having children is an incredible gift and I feel so very lucky to have Abigail and Conor. Parenting is tiring for everyone and with MS it is a little more so. There are mornings when I wake up feeling as if I haven’t slept and my energy is incredibly low and those are the days that I take it easy, and we have lazy days and on good days we go out and explore the world. Abigail and Conor know that at the moment I have RRMS and that I’m lucky to be able to work in a job that I love and that being able to study for my doctorate is an added bonus.

They see that even though I have challenges with my health that I have persevered and tried to stay optimistic and they have also learned that it’s important sometimes to slow down and rest and preserve your energy for the things that really matter in life. Abigail and Conor would like to find a cure for MS and they both have a keen interest in science, so you never know maybe someday down the line they’ll find the key to curing it. One thing’s for sure, they both know that nothing is impossible!

To learn more about living with MS and Family life visit : https://www.ms-society.ie/about-ms/living-ms